Winemaker and Owners
Recently did a full story on Dracaena Wines, but wanted to highlight them again as a two person operation struggling during the Stay in Place mandate. While their wines are spectacular, without tasting engagements, food pairing dinners, etc., they are left with their wine club membership only.

For the full story on Dracaena Wines click on: https://californiawinesandwineries.com/2020/01/14/dracaena-wines-a-david-verses-goliath-story/

First, a bit on Michael and Lori Budd who fell “into love with Cabernet Franc”. While today still working full time jobs, they are planning their future in the wine business down the road. They purchased property in Arroyo Grande, near Pismo Beach, and use a custom crush house to produce their wine. Their grapes come from The Plummer Vineyard in Paso Robles. Mike and Lori’s backgrounds are primarily in Food Science and they originally met back on the East Coast while working. Lori who has since continued her education as a WSET II with distinction, is a regular blogger, an award winning writer and podcaster on a variety of wine subjects. Both Michael and Lori are co-founders of International Cabernet Franc Day, December 4th. 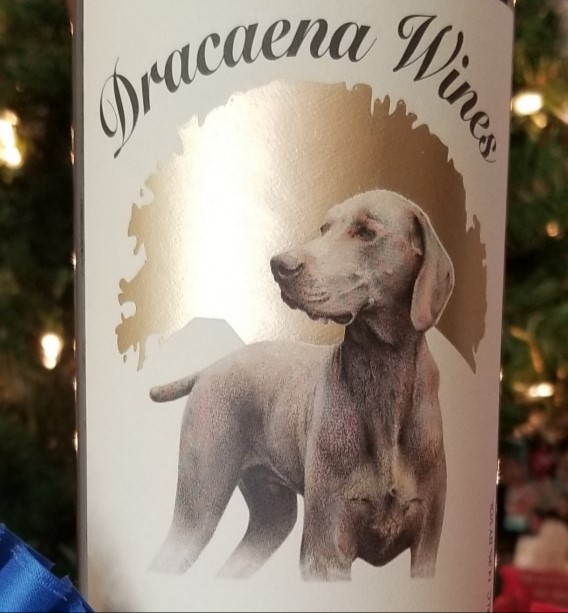 Their name Dracaena (pronounced druh-see-nuh) is a bit longer story, but suffice it to say, it started off as a memory of their beloved Weimaraner, which they had named Draco. You can read the complete story on their website. Draco’s hand drawn image appears on all their bottles.
The Wines
Dracaena is a very small producer of wines. Today they offer three wines: their Classic Cabernet Franc $34, a Reserve Cabernet Franc $45 and Rose of Syrah, unfortunately sold out but are accepting advanced orders. In 2019 they produced 325 cases and are expected to produce 375 cases in 2020. They will be introducing a Chenin Blanc from the Clarksburg AVA. If it were only the production quantity, that would be one thing. However their outstanding and remarkable quality is what has captivated the wine drinking aficionados around the United States. Here is a brief recap of their awards: 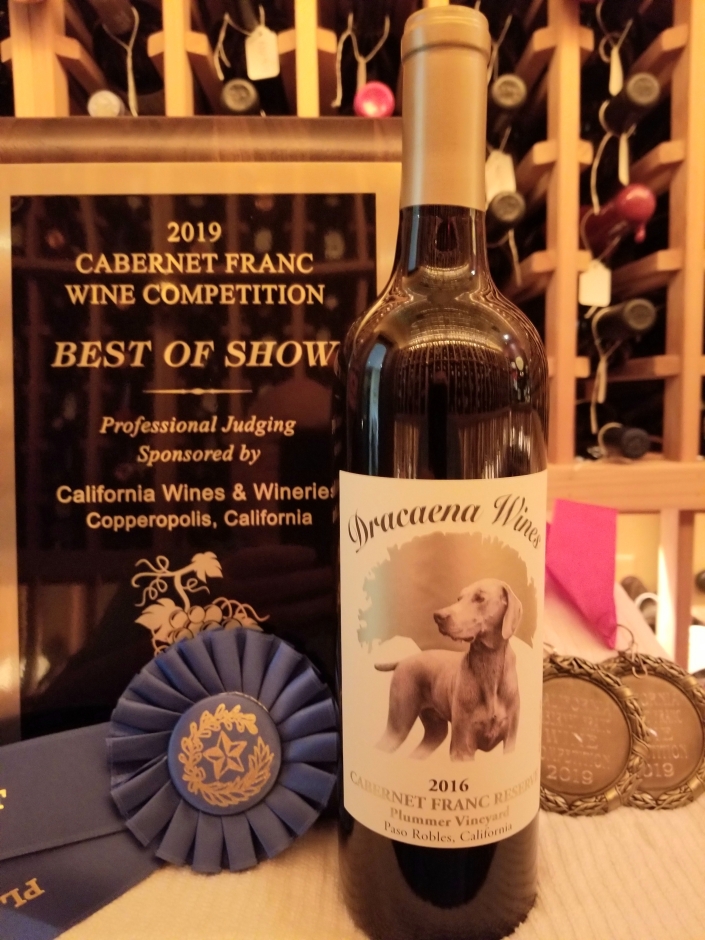 *2016 Dracaena Reserve Cab Franc – Double Gold Medal Winner at the 2019 California Wines & Wineries Cabernet Franc Competition, Best of Class and Best of Show by Professional Judges. They also received a Gold by the People’s Choice Judges.
*2016 Dracaena Reserve Cab Franc – Silver Medal Winner at the 2019 Central Coast Wine Competition.
Some of the comments on their wines: 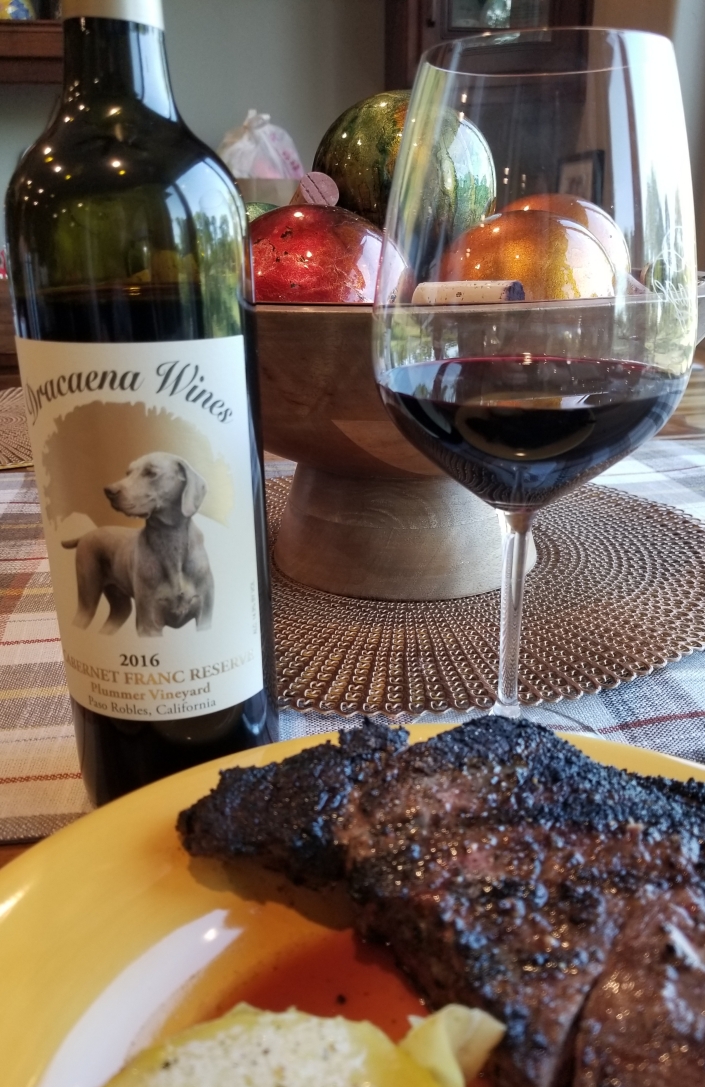 I hope you enjoyed this story as much as I have enjoyed getting to know Michael & Lori and their excellent wines! Please support them as they are taking phone and email orders and can ship to many states.