Viader Vineyards & Winery – Walk in my steps, but leave your own footprint.

This could very well echo the sentiment of Delia Viader to her son Alan Viader. Delia Viader came to the United States from Argentina after receiving her PhD in philosophy from Sorbonne, in Paris. It was her training in philosophy, questioning via the dialectic method, to find “her truth”. This is not a simple story but is told in great detail in her autobiography called “Daring to Stand Alone, An Entrepreneur’s Journey”. This story is one of fighting the odds, having a vision and overcoming many obstacles in order to find your place and bring meaning to your life. Delia’s book is as deep in character as her vineyard roots on the Howell Mountain hillside. A fascinating book to read. 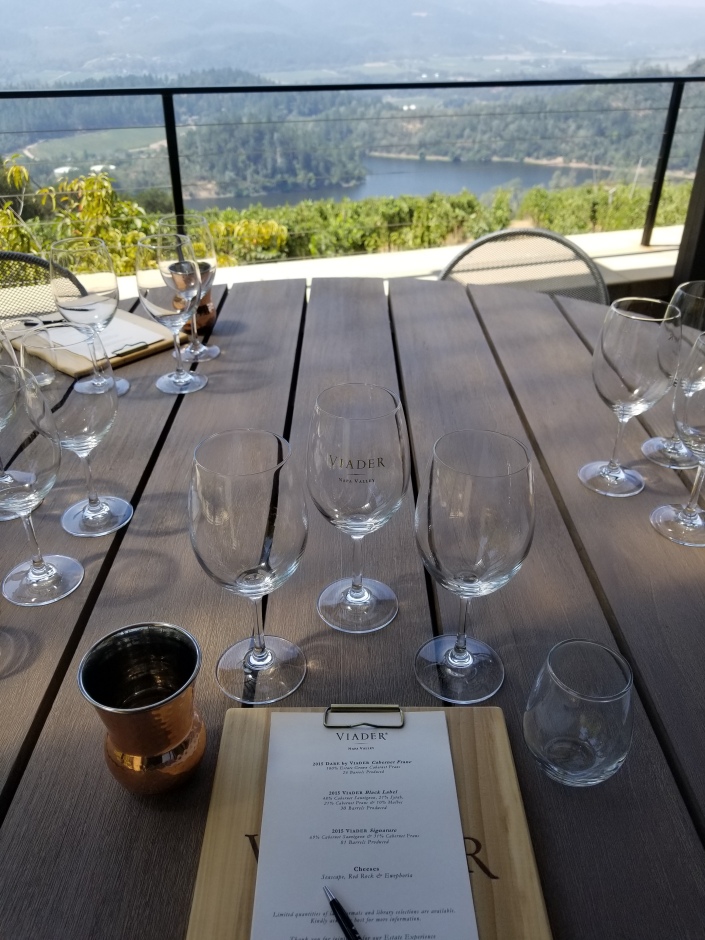 The break through news to get Viader wines on the map, was in 2000 when Delia found out that her 1997 Viader, a blend of Cabernet Sauvignon and Cabernet Franc, was going to be in the Top 100 wines by Wine Spectator magazine. And more specifically, her Viader was rated #2 of the Top 100 wines. Her accolades continued at an outstanding pace with the wines consistently rated highly. 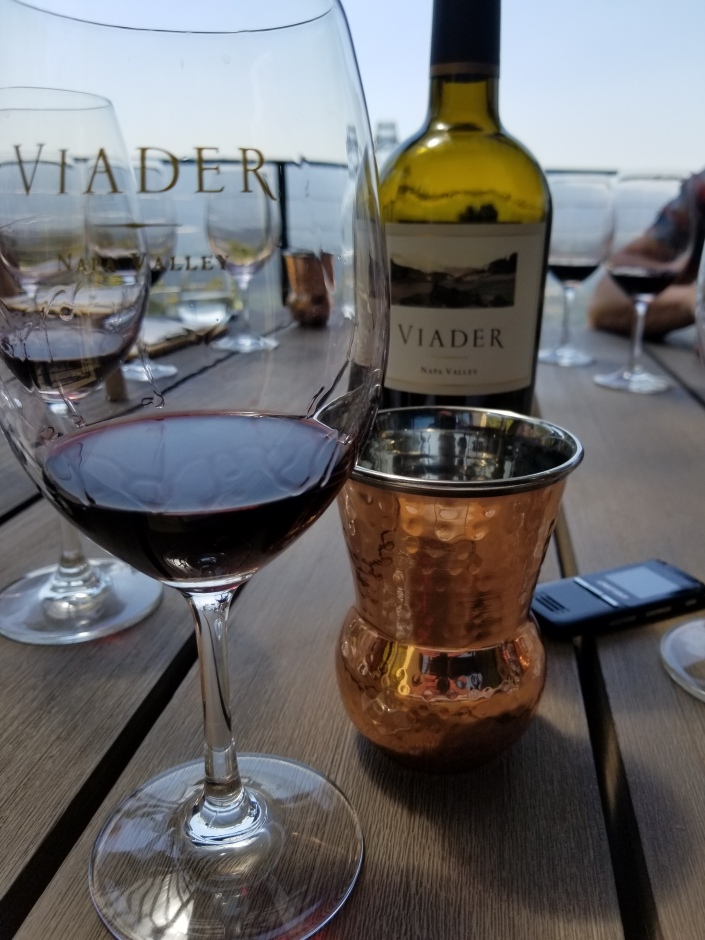 In 2002, Alan came to work as the vineyard manager, taking his experience in various areas like Spain, Portugal and of course Argentina and France. In 2005, a tragedy struck with a fire at their warehouse storage along with many others. She lost her entire 2003 vintage and had nothing to show for a year. She continue going to wine and trade shows with a barrel and handmade labels to “show her great wines”. She literally turned the business around and out of the ashes, a modern Phoenix woman. She spun her business from a distribution wine business to a DTC, direct to customer within months. No small feat for a family run business. 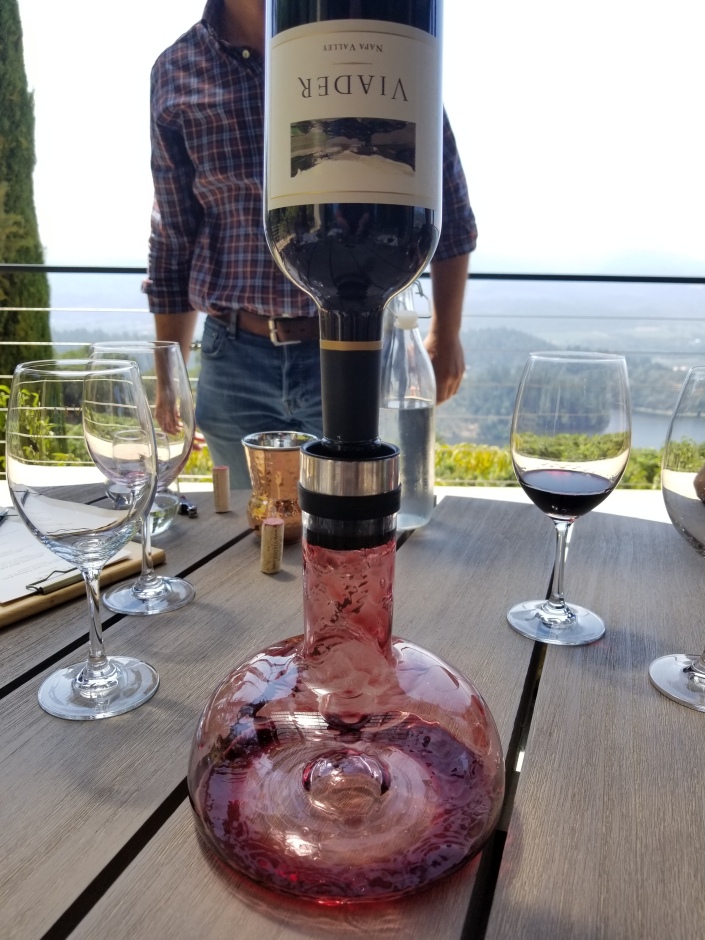 In 2006 Alan took over the winemaking for Viader wines and has continued the legacy. Today the production is just under 5,000 cases. Alan, continues the labels that Delia started like the 2015 Dare, 100% Cabernet Franc, 2015 Viader Black Label (a blend of Cabernet Sauvignon, Syrah, Cabernet Franc and Malbec) and 2015 Viader Signature of Cabernet Sauvignon and Cabernet Franc, 69% & 31% respectively. These intense wines are as Delia stated “not hijacking your taste buds but makes you come back for more” and they are smooth and silky. Today this is where Alan is adding his own unique perspective, with a slight touch more oak.

To that end, they have just introduced Homenaje. This wine made by Alan, is to showcase the wineries 30 year anniversary and pay homage to both Delia and his grandfather for their vision, help and accomplishments. It is a blend of predominately Malbec, Cabernet Sauvignon with a small amount of Cabernet Franc & Petite Verdot. This is an outstanding treat to enjoy! Alan stated he wanted to bring forth “an expression through new things” like adding Malbec to the Viader lineup. The family business is in great hands moving forward under Alan, and he is leaving his unique footprint is the steps of his mother.

When Sue Tipton founded Acquiesce Winery, she was on a mission unique to Lodi AVA and in fact, most vinicultural areas. She sought out to offer only “white Rhone wines”!! She was chastised and admonished why she should not focus on “solely white wines”. Yes based on her passion and life experiences in France, she proceeded without wavering. She sourced and planted the best vines from the Chateau de Beaucastel of Chateauneuf du Pape on her quest. Today she has and continues making artisan and award winning boutique wines. Her awards are too numerous to list, but include International Women’s Wine Competition Gold Medal, California State Fair Commercial Wine Competition Gold Medal, American Fine Wine Competition Double Gold, SF Chronicle Wine Competition Gold Medal and many, many more. 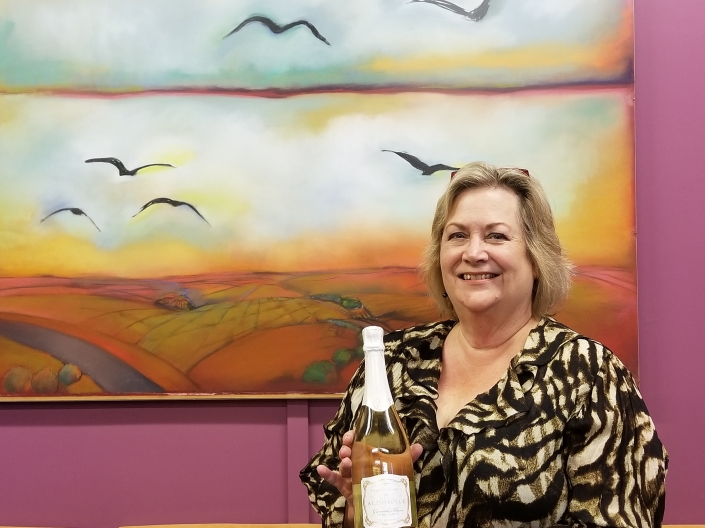 Those wines include Grenache Blanc, Picpoul Blanc, Roussanne, Viognier, Clairette Blanche, Bourboulenc and Belle Blanc (blend). She currently produces 2300 cases and has set a goal to reach 3400 cases with this year’s harvest. Unique to Acquiesce is that once they sell out (which they do each year), the tasting room closes down. She typically closes mid-November and re-opens in March. Strong hint! 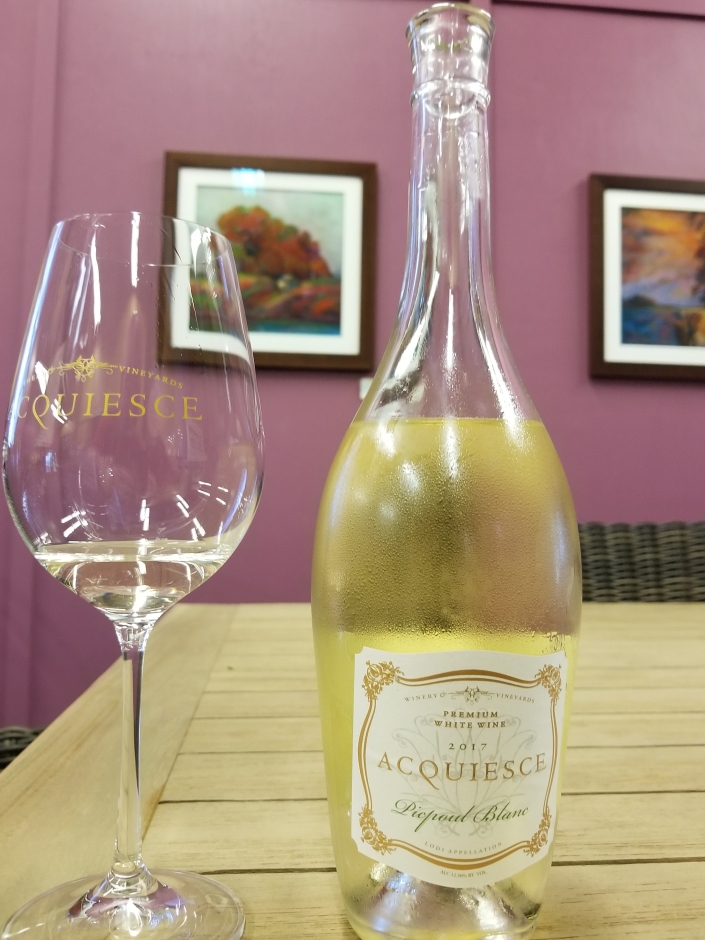 The scope of meeting with Sue was to taste two unique varietals which I was personally not familiar. The first was the Picpoul Blanc. Visually this is varietal is faint and almost translucent with a pale yellow hue. On the nose pineapple was the predominate scent coupled with minerality. Picpoul means to “sting the lips” yet this wine was much more embracing and had a disguised light sweetness. This wine was made to pair with oysters in Europe. Sue also believes in the New World, it is excellent with spicy Thai food and dishes with cilantro. In 2017 only 220 cases were produced and all going to wine club members. In 2018 based upon expected yields, she is looking to increase that number to 350 cases. As an aside, approximately only 40 acres are planted with this grape varietal in the USA! 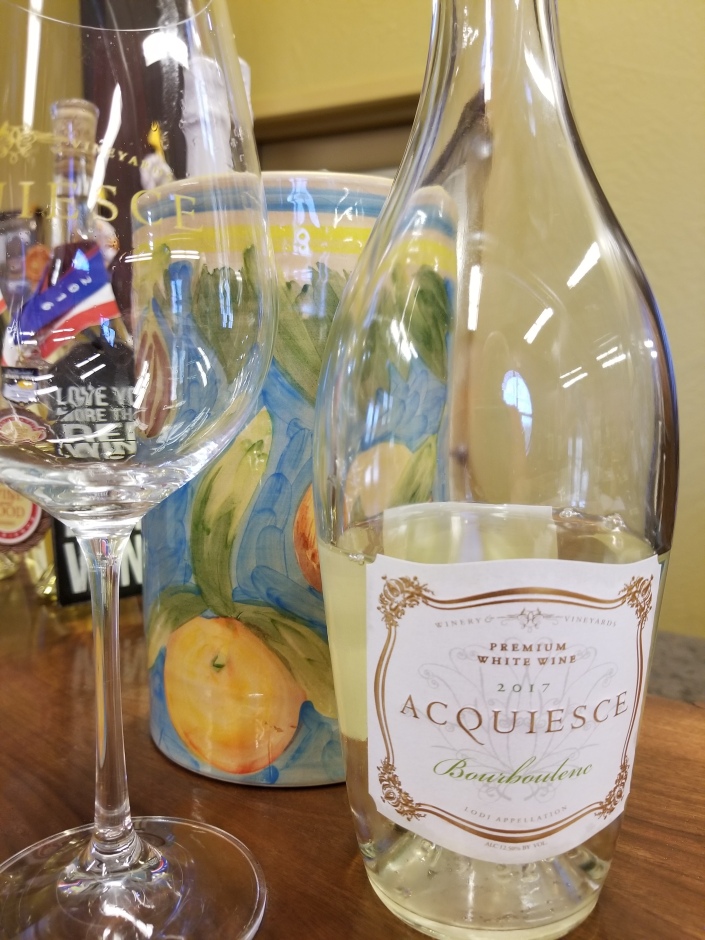 The second wine I purposed to taste was the 2017 Bourboulenc. This is the first bottling of this varietal in the USA! Only 60 cases were produced and again for Wine Club Members only. This comes across with light honey taste and soft citrus. While very limited it is a true gem to imbibe. From Wikipedia “Bourboulenc wine has a good acidity level, body, penetrating character, citrus aromas and a hint of smoke”. 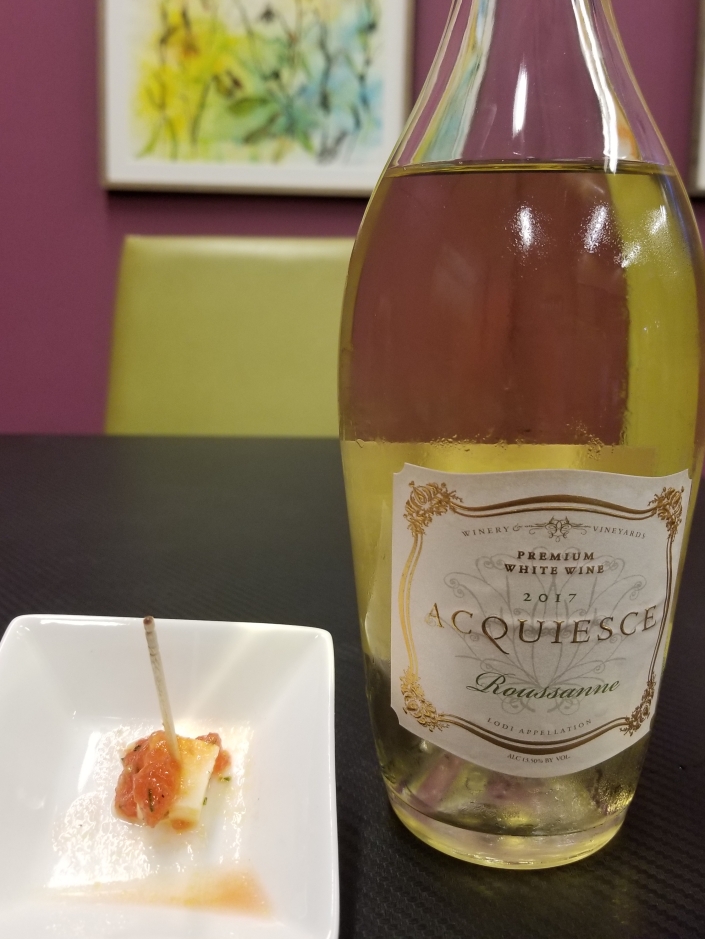 Sue takes her passion and “white wine knowledge” to the public with pride and is soft spoken about her mission. She has proved many critics wrong and her vast number of awards, shows her tenacity and commitment to these unique wine varietals. Her awards also extend to the more common white Rhone varietals like Grenache Blanc, Roussanne and Viognier. But don’t call them “common” as they are uncommonly delicious!