The name is a “play on words” as they had a Border collie named Ayrael when they first bought the property. The dog was so entrenched in the grounds that it was originally named Ayrael Farms. Later they changed to it using the French word Vieux (view) to make it Ayrael Vieux (pronounced aerial view).

What you cannot see from the sky is an extremely lovely manicured vineyard of 1 ½ acres producing the grapes for all their wines— a very limited amount of approximately 400 cases. Bob Eisenman believes this size is optimal for producing handcrafted and artisan wines. This seems also to fit with his other passion the Bob Eisenman Jazz Group which has a few “gigs” coming up this summer. 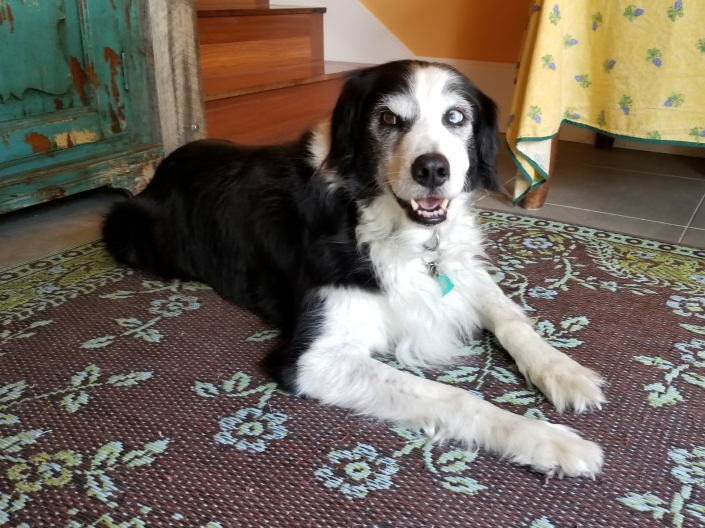 The tasting room is warm, rustic and definitely a country theme. They are located in Douglas Flat just off Hwy 4. Ollie the vineyard dog (and on the back of the bottles) will most likely greet you upon entering the vineyard. Don’t be fooled, the grounds are like a well-groomed garden! Here you are invited to sit and enjoy your purchase or taste indoors at “the counter”.

The wine which stood out the afternoon of our tasting and conversation were the 2014 Montepulciano and 2010 Zinfandel. First the Montepulciano was smooth with dark berries and brought you back to memories of Italy in an instant! This was definitely one of the better wines I have tasted in Calaveras County. Only 38 cases were produced.

The second wine which stood out was their 2010 Zinfandel which only 149 cases produced. Raspberry, blackberry and rose petal were the dominate aromas and it produced a full initial and lasting impression on the palate. It was more a classical Zin than many “fruit booms” from the foothills. 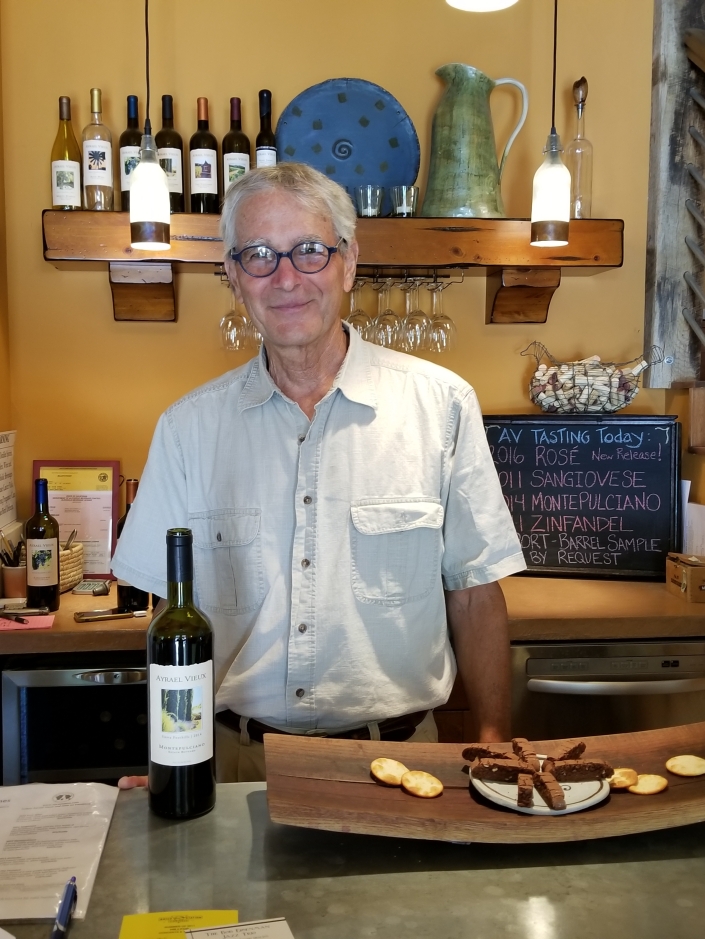 Both of these wines are now residing in my cellar—nice job Bob!