Progeny is hands down the best wine thus far in 2016. While I know that is a bold statement, I have smelled, swirled and tasted over 300 wines this year already and I gave this my highest marks without hesitation. 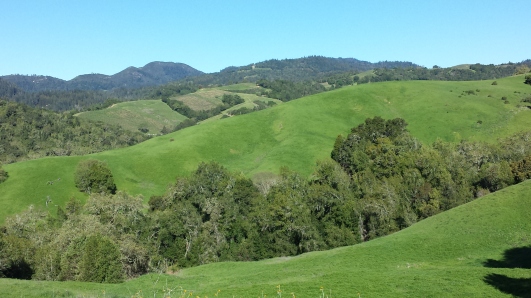 If that wasn’t enough this winery is situated on a pristine Mt Veeder property. They have 260 acres with only 32 planted in vineyards. At first glance, you might think of yourself back in the “ode sod” of Ireland. The hillsides were strikingly green with the recent rains. 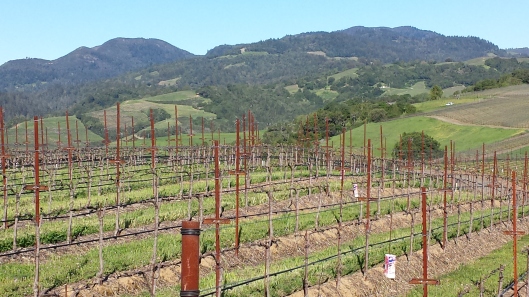 Betty and Paul Woolls, wanted to take their experience with O’Shaughnessy one step further and purchased the land which had been a cattle farm since 1885. While predominately plantings are Cabernet Sauvignon the also have Merlot, Malbec, Petit Verdot and St Macaire on the property. Also in some remote areas they have a small portion planted in Grenache, Mourvedre and Counoise grapes.

Additionally they enlisted the “stars” of O’Shaughnessy to put Progeny on the map. Sean Capiaux continues as winemaker, Alan Pierson once again is making the vineyards into art work. The charming and engaging Blanca Preciado will be running the hosting of guests as Hospitality Manager. 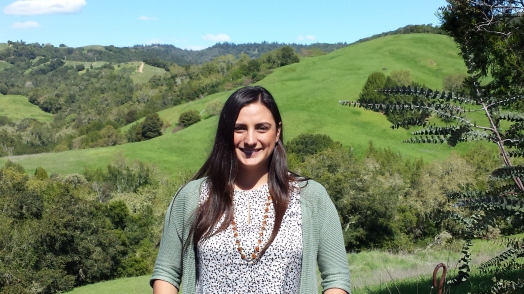 They are in the midst of construction of their production facility which is slated to be completed in August 2016. This September/October will be their first production on site. Their hospitality building will start this summer and hope to have it completed by fall of 2017.

Now about their wines. I want to mention two only, but all four wines were near perfect. The first is their 2014 Trinity Blanc which is just in time for summer enjoyment. It combines Marsanne (46%), Roussane (46%) and Viognier (8%) producing a classic white Rhone blend. The golden color is exquisite, the aromas of peaches, apricot and soft melon are evident with flavors of honeysuckle and cantaloupe — a complete white refreshing wine.

The second wine is their first release of Special Selection Reserve (SSR), a 2009 Progeny 100% Cabernet Sauvignon. This was the WINNER! Only 100 cases were produced. This wine was aged in French oak barrels for 30 months and then aged 2 years in bottle before release. This was perhaps one of the darkest and voluptuous Cabs I have come across in years. This was described as “a mouth filling wine of power and elegance” and I can only second that statement.