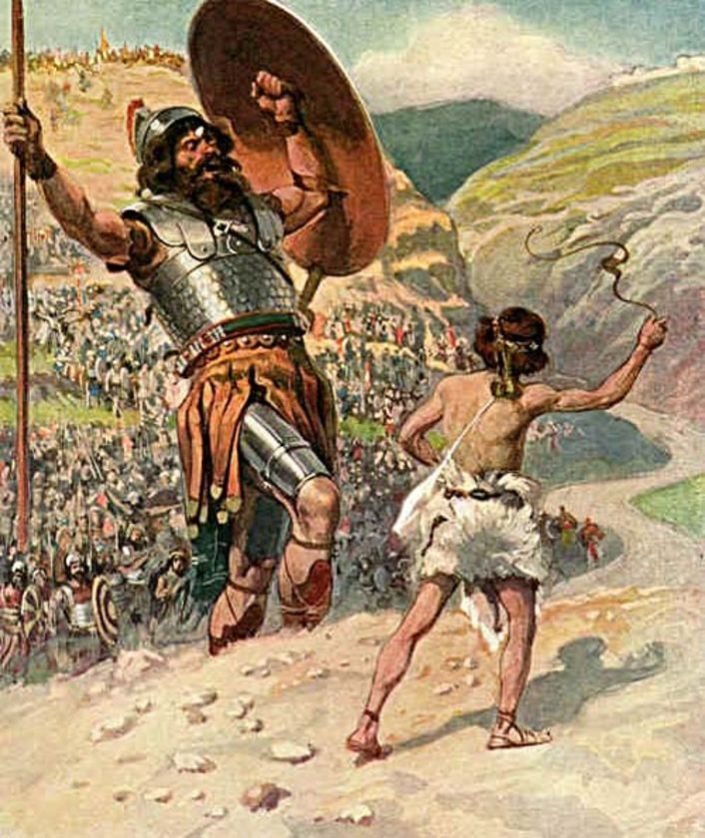 While perhaps not as dramatic as the Biblical allegory found in 1 Samuel 17, Dracaena deserves a lot of respect. To make this analogy more intriguing, let me digress about David and Goliath to get a recap. It is the story about the king Saul who ruled the people of Israelites and was told to find a new king. The Philistines and Israelites had assembled to do battle in the Valley of Elah. The Philistines had many giant men living in their land, but the largest and strongest was named Goliath. Goliath, challenged the Israelites fighters to send out their “best man” to decide the outcome by a single combat. The winner will have the opposing peoples subservient to them. David asked the men in the army who was going to stand up to Goliath. David then volunteered to fight the “meanest Philistine”. David who was a boy at this time, tended primarily to his father’s sheep and was not a warrior. His only fighting was to keep animals from harming the flock. So as David, a boy/man of great faith stood up to Goliath and with a single stone in a sling shot was able to knock out and subsequently kill Goliath. David went on to be a great king of Israel, wrote many of the Psalms and reigned for 40 years.

Now that we have the background established, I believe the story of Dracaena is analogous to the story being a small winery competing with various winery giants. Firstly, a bit on Michael and Lori Budd who fell “into love with Cabernet Franc”. While today still working full time jobs, they are planning their future in the wine business down the road. They purchased property in Arroyo Grande, near Pismo Beach, and use a custom crush house to produce their wine. Their grapes come from The Plummer Vineyard in Paso Robles. Mike and Lori’s backgrounds are primarily in Food Science and originally met back on the East Coast while working. Lori who has since continued her education as a WSET II with distinction, is a regular blogger, an award winner writer and podcaster on a variety of wine subjects. Both Michael and Lori are co-founders of International Cabernet Franc Day, December 4th. 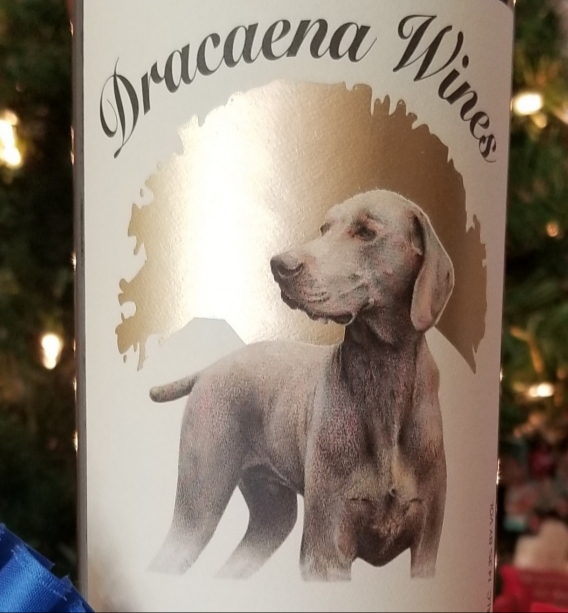 Their name Dracaena (pronounced druh-see-nuh) is a bit longer story, but suffice it to say, it started off as a memory of their beloved Weimaraner, which they had named Draco. You can read the complete story on their website. Draco’s hand drawn image appears on all their bottles.

So getting back to their wines, Dracaena is a very small producer of wines. Today they offer three wines: their Classic Cabernet Franc $34, a Reserve Cabernet Franc $45 and Rose of Syrah, unfortunately sold out, but the 2019 will be released mid-March for Club Members and in April for the public. In 2019 they produced 325 cases and are expected to produce 375 cases in 2020. Now you can see the analogy of the “boy verses Goliath” story! If it were only the production quantity, that would be one thing. However their outstanding and remarkable quality is what has captivated the wine drinking aficionados around the United States. Here is a brief recap of their awards:
*2013 Classic Cab Franc – Silver in SF Chronicle 91 Wine Enthusiast

*2015 Classic Cab Franc (they did not make the Reserve in ’15) Double Gold in SF Chronicle.

*2017 Cab Franc Reserve (releasing to public on Feb 1 – currently only available to club members) received the Double Gold this past week from SF Chronicle Wine Competition.

*2016 Dracaena Reserve Cab Franc – Silver Medal Winner at the 2019 Central Coast Wine Competition.
Some of the comments on their wines:
“Broad red-cherry aromas meet with more tart plum skins and carnation buds on the nose of this bottling. The palate also shows red cherry as well as vanilla-cookie and pencil shaving flavors, framed by grippy tannins and bright acid.”- Wine Enthusiast

Fear Not – they jumped into an arena with many stronger players and yet have prevailed to achieve some of the highest awards in the industry. Goliath by all accounts was a professional warrior, mean and scary. They took on the challenge and are looking forward, not backwards

Belief in Your Quest – they went after a desire to make a top quality wine. They capitalized on their existing training in biology and food science and augmented their education to hone in on skills. They had the faith in their goal as did David in taking on Goliath.

Size is Relative – Just as in David & Goliath, an exceptionally small winery can have a major impact in the market place. This is not just the “size” but also their work ethic. Don’t underestimate anyone at face value only!

I hope you enjoyed this story as much as I have enjoyed getting to know Michael & Lori and their excellent wines!

One thought on “Dracaena Wines – A David verses Goliath Story”

Thank you so much for this wonderful article and your kind words! We appreciate all of your support!